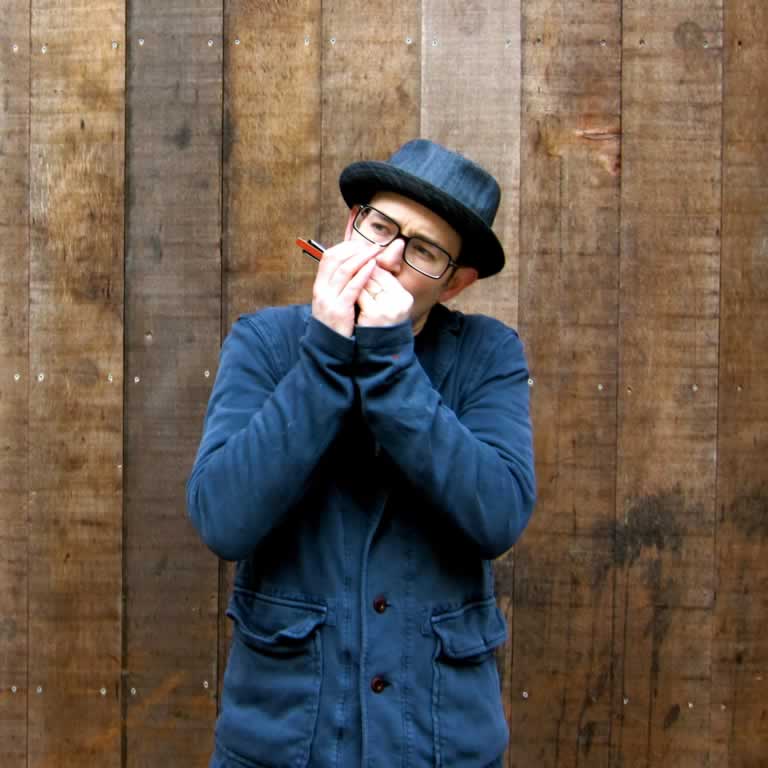 Yuri Basho Lane is a Chicago-based actor, beatboxer, harmonica player, teaching artist and vegan chef.  Yuri has toured the U.S., Europe and Middle East with his internationally acclaimed solo shows including ‘’From Tel Aviv to Ramallah: A Beatbox Journey” and “Soundtrack City.”

Yuri grew up beatboxing and breakdancing at his local Boys and Girls Club in San Francisco’s Haight-Ashbury neighborhood.  He began his acting career at the age of eleven in his home town where he performed frequently with A.C.T., Berkeley Rep, and the Magic Theatre. Television appearances include Nash Bridges and Party of Five, as well as TV movies and commercials.

Yuri Lane was a star on early YouTube when his beatbox harmonica video went viral and he played at Google parties across the globe, including at the World Economic Forum in Davos.  He folded these experiences into “MeTube,” a multiplatform show with characters such as DJ Privatize.  Importantly, Yuri’s YouTube fame inspired thousands of people to experiment with beatbox or pick up the harmonica.

As a performer and as teacher, Yuri looks to open performance to students of all ages.  He believes that sound and music open the door to deep forms of communication and expression.  Whether or not his students become stars (as many have), Yuri believes that improvisational performance offers avenues to develop confidence, cognitive skills and empathy.

For twenty-five years, Yuri has taught at theaters, schools, and summer camps with almost every age of student.  He has proudly been affiliated with the Chicago Children’s Theater (CCT) since its West Loop opening.  His parental pride soared when his daughter, Delilah Lane, performed in CCT’s performance of Pinocchio in 2015, particularly since she auditioned for the role and was cast on her own.

Each CCT class and summer camp is unique in its own right.  Some standout moments include Yuri’s beatbox class for children ranging from 18 months to 3 years old where many students discover the universal rhythms of beatbox as they are experimenting with language.  He can’t wait to meet students again, in the meantime to beatbox the ABCs and ride the harmonica train via Zoom.

He has been staying at home with his family, making music and special meals.  A highlight is the release of his beatbox mixtape ‘’YURI BASHO LANE,” available on Spotify and other digital platforms.  You can purchase this human beatbox album at www.theiiistudios.com.  All proceeds go directly to the artist and the iii studios.

Yuri’s theatrical work can be seen at www.yurilane.com, with his new videos and vegan culinary creations on Instagram as #beatboxharmonicaman. (Bio as of 2020)