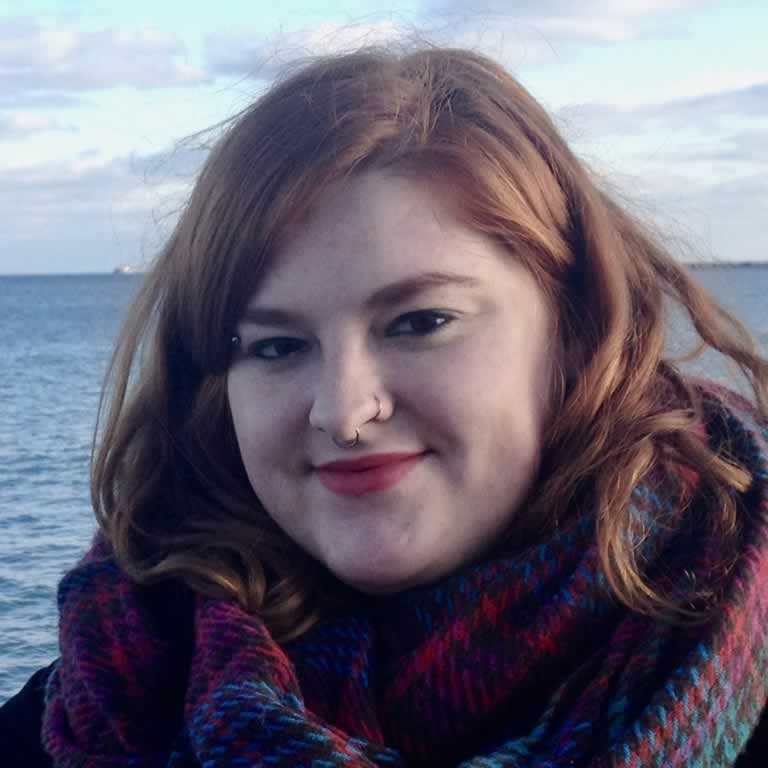 Sharon Krome is a Chicago-based filmmaker, director, and playwright. Originally from small-town Maryland, Sharon has studied/lived all over Europe, including Graffiti-smattered Berlin. She received her MFA in Writing for the Screen and Stage from Northwestern University, where she discovered her love of teaching. Since then, she has taught everything from Music Video Production to Playwriting at Old Town School of Folk Music, Changing Worlds, and American Blues Theater and loves incorporating improv exercises that she picked up at the hilarious ComedySportz Chicago Theater. Here in Chicago, she directed the web series Symbiosis, assisted on sets from indie films to House Hunters, and worked at theaters like Silk Road Rising & Red Theater. Most recently she was a featured playwright in Jackalope’s Playwrights Lab and self-produced her original punk play ThroatPunch. (Bio as of 2020)